Skip to content
We are taking the threat of COVID-19 very seriously. Click here to find out what our firm is doing.

What will I have to pay in Alimony? 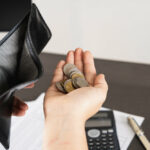 In order to answer this question in full, you are going to have to read the entire series on alimony. I’ve realized how many ways the alimony question can go and to spare you from reading a book rather than a blog, I’ve decided to write a number of articles as questions come up.

Recently, a sweet client came in who had been terribly wronged by her husband. Blatant misconduct in a long-term marriage with a big earning disparity. The alimony trifecta. She asked me to come up with an alimony award that I believed was fair to ask him to pay. Her idea of fair and my idea of fair were off by about $1,000 a month. Of course, if he will is willing to pay the larger sum, then it’s no problem.

Therein lies the answer. If you are the payee in the case there is going to be a range of alimony you could pay. The most I have ever seen someone pay is roughly half of their net income. In this case, the half included the child support award for a special needs child. It is rare that a Court would award one-half of a payee’s income. After all, the payor is the one who is working. The Court also will attribute an ability to earn in most cases if you are the payee.

In this case, this is how I came up with what I believe is fair:

She took the papers to her family and they didn’t agree. They wanted to calculate the cost of her embarrassment, her longstanding faithfulness to the family, the inconvenience he had caused. She really is one of the nicest ladies and she hesitantly asked me if it was ok to change the amount upwards by $1,000 a month.

The Court Has the Final Word 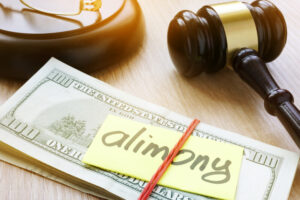 Of course. Because in cases of settlement, you will pay whatever you agree to pay. Last week I had another client who came in with a long-term marriage, fault and earning disparity. My client says, “I’ve been looking online and I want 40% of her pay”. I said, “We don’t have a formula.” He gave me several more sources from the internet. I continued to tell him that we don’t have a calculation.  I sent him away with the advice, “Find out if she will agree to pay this amount.” Since the case was going to be uncontested, he had come to see me as a preliminary step before discussing the terms. The next week, he says, “We aren’t going to get divorced right now”. The discussion of alimony may not have come up but I bet it played a factor in the decision to try and work it out a bit longer.

I see people come in all the time who have agreed to a sum of alimony they can’t possibly live on.  It’s rarely been ordered by the Court. Instead, it was the guilt or the ineffective counsel of the party who agreed to an inequitable amount.

Don’t agree to alimony without speaking to a qualified lawyer.  Once you have a final Order it is very difficult and maybe impossible (considering the type of alimony) to change.

Tap to call
Get directions