Leigh Daniel - As Featured in Forbes 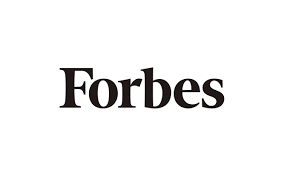 Positivity in the Workplace with Leigh Daniel

“Leigh Daniel is a leading family attorney who tripled her gross income to the seven-figure mark by promoting a positive, peaceful approach to divorce. Since she began practicing law in 1994, Daniel, founder of Leigh Daniel Family Law in Huntsville, Alabama, has worked on thousands of divorce cases involving alimony, military divorce, divorces for men, mediation, and more.

Her revolutionary approach has won her clients and inspired her to author the books The Path Through Divorce: A Guide For Attaining Your Divorce Goals and The Path To Custody: A Guide For Attaining Your Custody Goals. In addition, she recently launched an online platform, Project Positive Change, for service providers wanting to make an impact on the world. It currently has an audience of 70,000.” (MeiMei Fox, Forbes, 2019)

Leigh Daniel of Leigh Daniel Family Law is honored to be featured in Forbes Magazine’s 7 Ways To Bring More Positivity To Your Workplace by MeiMei Fox. As a woman who is committed to making the difficult moments in people’s lives better, Leigh Daniel makes an effort to show them that overcoming adversity is a choice. “You can always choose to see things from a positive perspective,” says Daniel about life.

Eventually, work took a toll on Leigh. Working as a divorce lawyer in the conventional manner seemed to be too negative for Leigh to sustain. With the help of Mike Dooley, Leigh was able to create the life and work environment that she loved. Transforming her work lifestyle into a place of love instead of resentment and anger took some work, but Leigh could not be happier with the decision she has made.

Learn more about Leigh Daniel and her life transformation here on Forbes.com. Contact our firm if you would like to go through the difficult times in life the best way possible.