Skip to content
We are taking the threat of COVID-19 very seriously. Click here to find out what our firm is doing.

Domestic Violence – Men are Victims Too 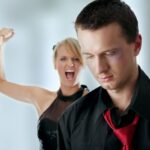 Too often we focus on women as victims of domestic violence. True, women are the largest population of victims; however, men are victims too. Oftentimes, men suffer in silence because of the stigma attached to being “beaten up by a girl”.

I’ve represented several men who were victims. These men were not ones you would typically think of as being vulnerable or victimized: firefighters, military officers, police officers. And, just like you and me – these men didn’t consider themselves victims! They just say “she’s emotional”, or “it doesn’t really hurt so no big deal”, or “that’s just the way she is”. They’ve told me they can’t claim abuse because it would be too embarrassing if their buddies, co-workers, bosses, military commanders, etc. learned their wife was beating them. It would make them seem weak. How many jokes would be made at their expense if it was known that this 6ft guy was being beaten up by a petite little woman?

This morning, as I reflected on a recent consult, I realized that I’ve been treating male victims differently than female victims. As the attorney, I’ve been guilty of allowing men to brush it off and move on. Though I’ve often encouraged them to use abuse as a grounds for divorce and/or custody – every single male victim has declined to do so. And I let them. Much to my regret, I didn’t push the men like I did the women. I’ve been complicit in allowing men to continue to be victimized – whether in this relationship or a later one. I didn’t give the men the same speech I gave women about how, if they don’t get counseling, they are likely to end up with another abuser because they are so beaten down by the current spouse that, without help, they will fall back into the same pattern with another person. I didn’t lecture about how they need to fight hard for custody, letting the Court know about the abuse, because if the kids stay with the mom who is abusive- they will learn the abusive behaviors and either become abusers or marry an abuser (it’s a cycle!). I didn’t point out the current behaviors in the children that are consistent with the example the abusive mom is setting. Kids learn from watching their parents – so it’s no wonder they treat the dad with the same contempt and abuse they see mom treating dad!

Tap to call
Get directions