Skip Navigation
Home Blog Get to know Leigh Do you recognize me?

Do you remember me?

By Leigh Daniel, Attorney at Law
Get to know Leigh

No offense, but I’m guessing after 28 years and thousands of divorce cases, I don’t. But it could be that you had a particularly litigious case and I do recall. Recently someone came in and retained me and she asked me, “Do you remember how my husband acted in the Courtroom?”

I didn’t recognize her, but as she talked, I could see him putting on an act in court. I could remember our outrage and how mad I was when the judge believed him. She was grateful because he had asked for many more thousands of dollars than he was awarded, but we were both hopping mad at the outcome. Here she was again, almost twenty years later.

“My Mom said to come see you,” said one client. Then he said, “You were her lawyer”. This is the second time this year I’ve represented sons of moms who I represented. It happens frequently. I represent sons, daughters, even some grandchildren! It always makes me look back and remember those early days of practice. I remember one client who came in when he was in his late teens for a juvenile case. The latest, he was fighting for custody of his own teenagers.

I appreciate these generations of clients. I’ll admit, it sure makes me feel old! But I’m so grateful that they thought enough of me to send their family in. I have one family who I have represented brother, sister, and then divorced mom and dad. In Madison County, I’ve become well known as a divorce lawyer. Judges, mediators, other attorneys, they all seem to respect the years I’ve put in as an advocate. For me, I don’t feel any different about my clients than I did when I first began.

Someone asked me why I wasn’t burn out on family law. It’s a good question, because I’ve got plenty of colleagues who are fed up with the practice. For me, it came down to finding my purpose. When I have managed to help my clients get to a better place, it inspires me to keep helping people. I stopped the negativity of lawyering affect me and I began to focus on why I was grateful to get to be of service every day. My mom, she used to be embarrassed to tell people (at church mostly) what kind of law I practiced. She said, “You do the devil’s work”. She once mentioned that she must have let me miss Sunday school too often. I can tell you, there was no missing Sunday school! But now, after all these years, she sees why I chose this practice area. She’s proud of me now, not for the success but for the lives I’ve touched. I’ve been able to model those very qualities I learned all those years in Sunday school. Compassion, nonjudgement, love, hope, belief, and truth are what guide me. 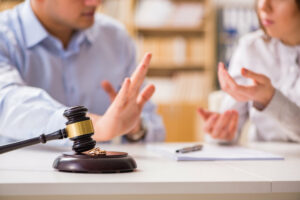 I sat with an intelligent young woman today and watched the tears slide down her face. She was worried about what I would think of her. This client has made some mistakes in the pendency of her litigation. I told her, “But I’m here to support you. Not to make you feel worse”. She nodded and she said, “I know. I’m so glad you understand”.

Someone told me once, “Criminal lawyers get to see bad people at their best”.

“Divorce lawyers get to see good people at their worst”.

This may be true because I see people when they are at their most vulnerable point. I hear people tell me their secrets and watch them as they recount things they wish had never happened. It’s not for me to judge them. Instead, we must do our best to make our case. Regardless of the challenges we may have to work with. And that’s exactly what I’ve been doing my entire career.

Today I saw on the caller ID the name of a man, who was once an infant. I represented his mom in the original divorce and then again when she was awarded custody. I’m looking forward to seeing him.